Popular rock-radio disc jockey Jolene will leave KISW (99.9 FM) after 11 years of service there in the prime 6 pm-10 pm slot. During her time there, she had worked her way up to the station’s music director and head of its social media. Jolene also championed Seattle-area music with her Loud & Local show, on which she’d air bands such as Constant Lovers, Helms Alee, and Lo’ There Do I See My Brother. You can tune in to her final appearance on the station—dubbed “Jolene’s Last Ride”—at kisw.com on May 29. About her exit, Jolene said, “[I]t’s time for me to seek out new adventures… KISW is in magnificent hands, and I’m excited to see what happens next!” Bon voyage, Jolene. More about this move in the press release which follows:

After eleven years of hosting Nights for legendary rock station KISW, host and Music Director, Jolene, has made the decision to exit her position and move on to new horizons outside of radio. Jolene is much-loved, both on-air and within the staff, and will be missed by the family she helped build at The Rock. She leaves having created Seattle’s top-rated nighttime show, bolstering the local music scene with Loud & Local, influencing the music of KISW, and guiding its social media presence.Jolene grew up in Eastern Washington, with her sights set on working at KISW. Said Jolene of both her exit and time at KISW, “During my time at KISW I poured my heart and soul into what I did. I loved it, cried for it, fought for it… and lived for it. But now, guys, it’s time for me to seek out new adventures… KISW is in magnificent hands, and I’m excited to see what happens next!”

Jolene will be missed both by staff at KISW and listeners, said Dave Richards, VP of Programming at Entercom Seattle, who has worked with Jolene since she started at KISW. “Jo came to us over 11 years ago from Des Moines on the recommendation of childhood friend Ryan Castle. Starting at night, then to Assistant Music Director, then adding host of Loud & Local, then as Music Director and last year adding KISW Social Media Captain to her duties… No words can explain the dedication Jolene has shown The Rock, and Entercom Seattle. Like a family member leaving the nest, she will be missed by one and all,” reflects Richards.

Her last day at The Rock will be this Friday, May 29th. You can hear her last show, which has been dubbed Jolene’s Last Ride, from 6-10pm, either listening live on 99.9FM or streaming through kisw.com.

Also available at kisw.com is a letter from Jolene to her fans regarding her exit and time at KISW. 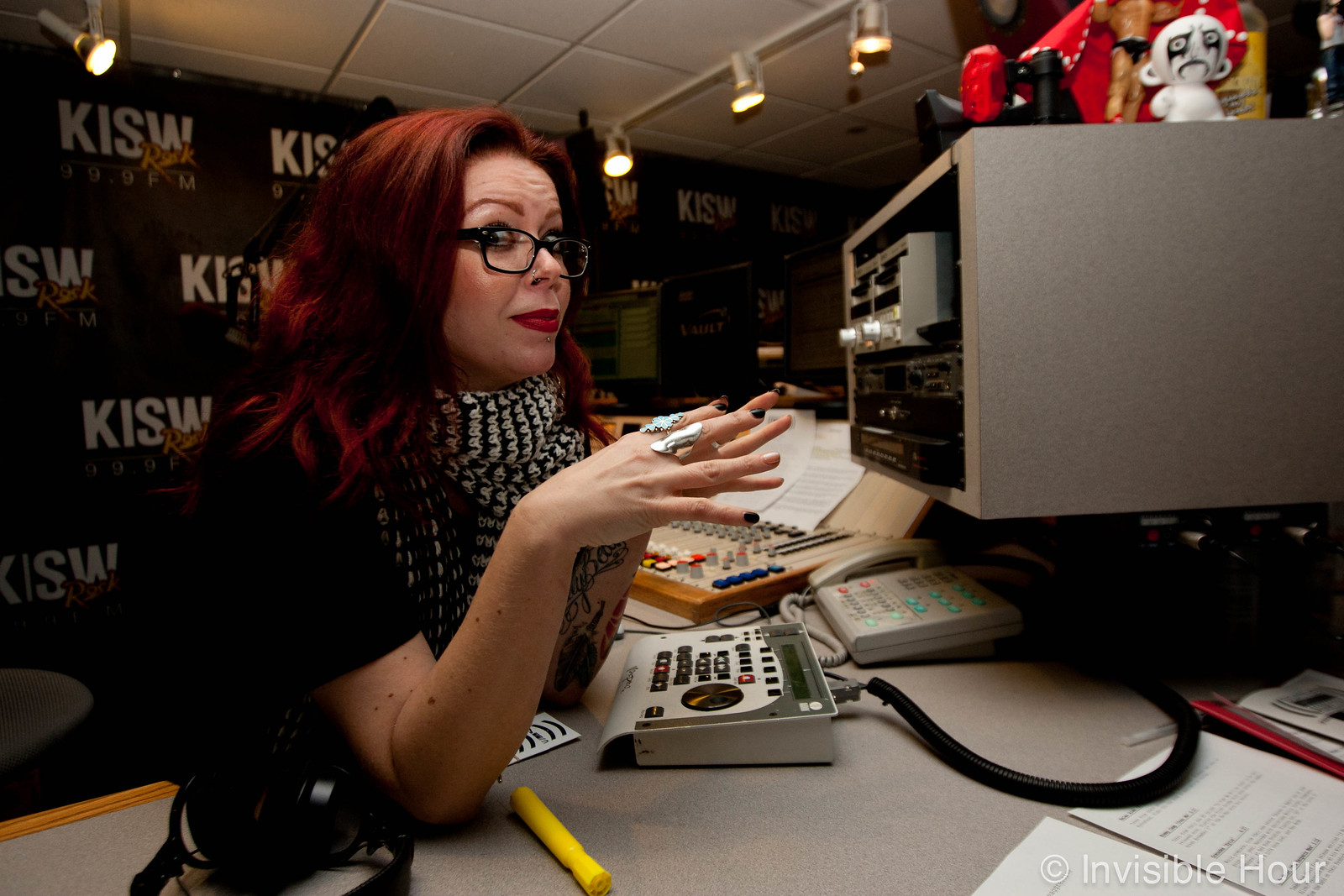