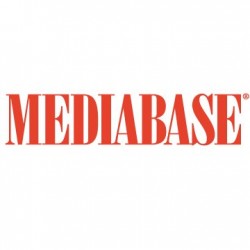 Toronto, ON (May 4, 2015) Corus Entertainment Inc. has announced a long term partnership with Mediabase as its new supplier of airplay data in the Canadian marketplace. Corus radio stations reach more than seven million Canadians each week with a variety of programming in six formats.

Mediabase produces song charts and airplay analyses of radio airplay in more than two dozen radio formats based on the monitoring of more than 1,800 radio stations in the US and Canada. Mediabase also monitors HD formats, video channels, and satellite radio. Mediabase charts and airplay data are used on many popular radio countdown shows and televised music awards programs.

Ronnie Stanton, Corus Entertainment VP – National Brands and Programming, said: “My past experiences with Mediabase were always positive and I found the product delivered all the programming information I needed in a clear and concise fashion. I’m very happy to be bringing Mediabase into the Corus family and looking forward to working with their great team once again.”

President and CEO of Mediabase, Philippe Generali, commented: “Mediabase is the primary programming analysis tool for our industry and we are pleased that Corus Entertainment has selected us for its long term growth. Mediabase is radio’s number one music authority and the decision of Corus to partner with us reflects this position.”

Corus Entertainment Inc. is a Canadian media and broadcasting company. Formed in 1999 as a spin-off of Shaw Communications, it is headquartered in Toronto, Ontario, and has prominent holdings in the radio, publishingand television industries.

Mediabase is a music industry service that monitors radio station airplay in US and Canadian markets. Mediabase publishes music charts and data based on the most played songs on terrestrial and satellite radio, and provides in-depth analytical tools for radio and record industry professionals. Music charts are published in both domestic and international trade publications and newspapers worldwide. Mediabase is a division of iHeart Media, Inc.