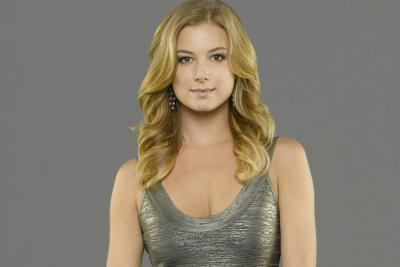 Emily VanCamp as Emily Thorne/Amanda Clarke on ‘Revenge.’ Would it hurt so much to catch up by VOD instead of your DVR? Credit: ABC

With a little more than a month to go before the broadcast TV networks reveal their 2015-16 prime time schedules, the fate of a few dozen scripted series remains up in the air. Odds are, at least one of your very favorite shows won’t live to see the fall, and without putting too fine a point on it, you — yes, you — are largely to blame.

Since the season began last September, 27 scripted broadcast TV shows have completed their runs, either for the season or forever.

Three have been renewed and will be back: ABC’s “How to Get Away with Murder” and Fox’s “Empire” and “Sleepy Hollow.”

Ten have been canceled outright, including NBC’s spy drama “Allegiance,” ABC’s “Manhattan Love Story” and CBS’s “The McCarthys.” Six, such as NBC’s “Parks and Recreation” and CBS’s “Two and a Half Men,” have reached the end of their final episode order. And among the remaining eight, perhaps two (Fox’s “The Mindy Project” and ABC’s “Agent Carter”) appear to have a sporting chance at earning a spot on the fall roster.

Given that recent seasons have seen 42% of all scripted shows get the ax, another 20 or so can be expected to join the no-hopers that have already disappeared from the airwaves. Historical precedent suggests that the season’s new shows have the least promising prospects; in the complete seasons from 2011 through 2014, only 31% of the freshman scripted series on ABC, CBS, NBC and Fox were renewed.

While there’s no universal Mendoza Line that determines whether a show stays or goes, the data suggests that any scripted series currently averaging south of a 1.5 rating among adults 18-49 shouldn’t buy any green bananas. (If you’re joining us late, one ratings point here represents 1% of the 127 million Americans in the 18-to-49 age bracket.) The average rating for the 119 scripted broadcast series that have been canceled or otherwise discontinued since September 2011 is a 1.2.

This is where you become particularly important. As much as the networks like to trumpet the alleged value-enhancing properties of time-shifted deliveries and social-media chatter, these peripheral concerns aren’t exactly keeping the lights on. The metric that holds the $14 billion national broadcast ad market together is C3 — commercial ratings over the three days since a show first airs — and the live-plus-same-day deliveries that are available the afternoon after a given air date are statistically congruent with that measure. (Per Nielsen, the average lift in a given show’s 18-to-49 deliveries upon converting live-plus-same-day to C3 is just one-tenth of a ratings point.)

READ THE REST OF THE STORY  HERE  AT THE ADAGE.COM