In 1908, actor/director Paul Stewart was born in New York.  He starred in two short-lived TV series (Deadline & The Man Who Never Was) and guested repeatedly on the series The Name of the Game, Mannix, Dr. Kildare, etc.  His last appearance was in 1983 on Remington Steele.  He died Feb. 17 1986, weeks short of his 78th birthday.

bandleader Sammy Kaye was born Sammy Zarnocay Jr. in Lakewood Ohio. His was one of the more successful & longlasting “sweet” music big bands, appearing all over the radio dial under the label Swing and Sway with Sammy Kaye. He introduced the popular audience participation feature So You Wanna Lead a Band.  He died of cancer June 2 1987 at age 77.  The Sammy Kaye Orchestra continued through at least 2010, under the baton of Roger Thorpe since 1986.

Also in 1914, author W.O. (William Ormonde) Mitchell was born at Weyburn Sask.  He wrote the Jake & the Kid stories of life in the fictional town of Crocus Saskatchewan, that were turned into first a CBC radio & then a Canadian TV series.   He died in Calgary Feb. 23, 1998 at age 83.

In 1916, the leader of the #1 All-Girl Orchestra Ina Ray Hutton was born Odessa Cowan in Chicago.  Her first all-female band “The Melodears” was formed in the mid-30’s, her second all-girl band starred in a regional, then national TV show in the ’50’s. She died of complications from diabetes Feb 19, 1984 at age 66.

In 1922, the radio era officially began in Vancouver as the Vancouver Province newspaper started testing its new radio service with music .. and a newscast at 8:30 pm.  The original CFCB signal was heard as far away as High River, Alta. It was officially licensed as CKCD in 1923. Freq: 410 meters. Power: 2000 watts.

In 1923, a great improvement in radio receivers was advertised. The new models had a concealed speaker and eliminated the need for headphones, which were considered a nuisance because they were so heavy to wear and messed up hairdos. The new radios were also said to have a “foolproof” design.

In 1938, the debut of the CBS World News Roundup  featured the first radio reporting by the legendary Edward R. Murrow, on this occasion from Vienna.

In 1942, Bing Crosby and Mary Martin were heard having a bit of fun as they joined together to record Wait Till the Sun Shines, Nellie for Decca Records.

In 1947, The Best Years of Our Lives, produced by Samuel Goldwyn, was a big favorite winning the Best Picture prize (and 6 others) at the 19th Academy Awards held at the Shrine Auditorium in Los Angeles. Comedian Jack Benny hosted the glittering gala. In 1954, “Make Love to Me!” by Jo Stafford topped the charts and stayed there for 7 weeks.

In 1956, RCA Victor released “Elvis Presley,” his first album. (He had not produced an album for the Sun label.) The LP would shoot to #1 on Billboard’s pop album chart and stay there for ten weeks.

In 1957, radio station CFAM Altona, Manitoba signed on with 1000 watts on 1290 KHz. Elmer Hildebrand had been working as a copywriter for a week; in 1965 he was appointed General Manager, and shortly thereafter he owned the station, his first acquisition under the banner of his Golden West Broadcasters.

In 1958, the Recording Industry Association of America introduced its awards for record sales, (RIAA). The Beatles hold the record for being awarded the most with 76 platinum certifications.

In 1959, this was Friday the 13th, and The Kingston Trio managed to cheat death on a national tour when their rented Twin Beach plane crash-landed on a turkey farm in Indiana.

In 1961, Rick Nelson recorded his future #1 hit “Travelin’ Man” for the Imperial label.

In 1964, Billboard reported that sales of Beatles singles currently accounted for 60 percent of the US singles market.  Also that the album ‘Meet the Beatles’ had reached a record 3.5 million copies sold.

Also in 1964, Motown released the future #1 single “My Guy” by Mary Wells; it would soon become her signature song.

In 1965, Jeff Beck replaced Eric Clapton in the rock group The Yardbirds, due to musical differences. Clapton wanted to continue in a blues type vein, while the rest of the band preferred the more commercial style of their first hit, ‘For Your Love’. 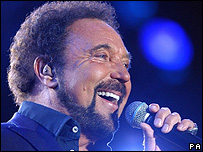 Again in 1965, “Eight Days a Week” by the Beatles topped the charts and stayed there for 2 weeks.  It was the group’s 7th No.1 in North America.

Still in 1965, in Nashville, the Statler Brothers recorded “Flowers On The Wall.” Written by one of their members, Lew DeWitt, the catchy number would rise to #1 in Canada and #4 on Billboard’s Hot 100.

In 1967, the No. 1 Billboard Pop Hit was “Penny Lane” by The Beatles. The group had planned to include the song on the album “Sgt. Pepper’s Lonely Hearts Club Band,” but released it as a single instead.

Also in 1967, Spanky and Our Gang were in New York to record their biggest hit, the million-selling single, “Sunday Will Never Be the Same.”

In 1968, The Byrds were certified for a Gold Record for their album, “Greatest Hits,” which featured Turn! Turn! Turn!, written by Pete Seeger (excerpted from the Book of Ecclesiastes in the Bible.) The group consisted of Jim McGuinn, David Crosby, Gene Clark, Chris Hillman and Mike Clarke.

In 1972, The Merv Griffin Show, starring perennial game show and late-night TV host, singer and pianist, Merv Griffin, debuted in syndication for Metromedia Television. Joining Merv were sidekick, Arthur Treacher and Mort Lindsey and his orchestra.  The 90-minute show played in many markets in daytime, while we in southwest BC/northwest Washington were able to view it in prime time on KVOS TV. 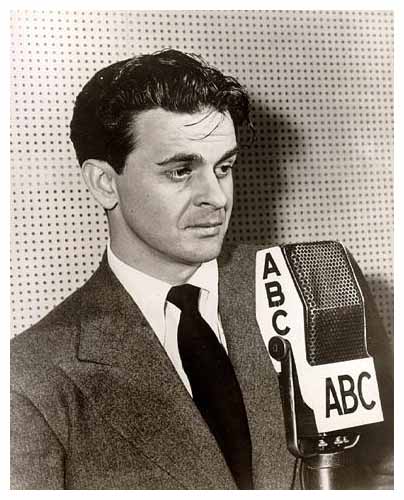 In 1973, Quebec-born actor Stacy Harris suffered a fatal heart attack & died at age 54.  He had worked steadily in bigtime radio, notably on the series This is Your FBI, Dr. Kildare & Frontier Gentleman. He then appeared in scores of TV series over a 20 year period, including recurring roles in Bonanza, Dragnet, Wagon Train, Zane Grey Theatre, Perry Mason, Laramie & Return to Peyton Place.

In 1975, the 6-year-long marriage of country music stars Tammy Wynette and George Joneswas dissolved with a decree of divorce.

In 1976, The Jackson 5 made the move from Motown to Epic Records. They also changed their name to The Jacksons because Motown retained the rights to the Jackson 5 identity.

In 1977, Iggy Pop and David Bowie kicked off a 22 date tour at Le Plateau Theatre, Montreal.  The opening act was Blondie.

In 1978, Canada’s broadcast regulator the CRTC rejected introduction of pay TV in Canada.

Also in 1978, the No. 1 Billboard Pop Hit was “Night Fever” by The Bee Gees. The song was the third consecutive No. 1 single from the “Saturday Night Fever” soundtrack.

In 1980, Pink Floyd‘s 11th studio album “The Wall,” full of its themes of isolation and abandonment, was certified Platinum.

In 1983, talker Larry King premiered Larry King Live on CNN; he continued with his late night Mutual network/Westwood One radio show as well.

In 1987,  “Heat of the Night” by Canada’s Bryan Adams became the first commercially-released cassette single in the U.S.

Also in 1987, singer/songwriter Bob Seger was on hand to help unveil his star on the Hollywood Walk of Fame.

In 1991, jazz cornetist Jimmy McPartland lost his battle with lung cancer at age 83. He was one of the prime architects of the ‘Chicago’ style of traditional jazz, with a career that spanned 65 years.

In 1992, the US broadcast regulator the FCC unleashed a new era in radio ownership.  The rules were changed to allow corporations to own as many as 30 AM & 30 FM stations (the former limit was 12).

In 1993, the song “Informer” by Canadian rapper Snow, (Darrin O’Brien), topped the charts and stayed there for 7 weeks.

In 1995, Diana Ross was honored with the Heritage Award for Career Achievement at the Soul Train Awards. Barry White picked up awards for song of the year (“The Icon is Love”) and best male album. Anita Baker won best female album and best female single.

In 1998, Candice Bergen and the cast of Murphy Brown filmed the 247th and final episode of the award-winning and sometimes controversial CBS sitcom. The episode, ‘Never Can Say Goodbye’ (Part 2), featured appearances by Julia Roberts, George Clooney, and Mike Wallace, as well as Bergen’s real mother, Frances; it aired May 18, 1998.

Also in 1999, Trisha Yearwood became a member of the Grand Ole Opry.

In 2003, we were told that HBO’s “The Sopranos” had been postponed indefinitely due to a contract dispute with the show’s star, James Gandolfini.

In 2006, actress Maureen Stapleton lost her battle with chronic pulmonary disease at age 80. As well as winning an Oscar & a Tony, she won one Emmy & was nominated for three others.  Her most successful TV productions include Queen of the Stardust Ballroom, Cat on a Hot Tin Roof, All the Kings Men, The Gathering & Among the Paths of Eden.

Also in 2006, game show host Peter Tomarken, age 63, and his wife, Kathleen, were killed when their small plane crashed into Santa Monica Bay in southern California. He will be best remembered as the host of the TV game “Press Your Luck.”

Again in 2006, Blondie refused to allow former guitarist Frank Infante and bassist Nigel Harrison to perform with them during their induction into the Rock and Roll Hall of Fame. They had unsuccessfully sued Blondie in 1999 when the band reformed without them.

Still in 2006, Isaac Hayes quit the cast of TV’s “South Park,” saying he could not tolerate the show’s disparaging take on religion.

In 2007, the Seattle-based coffee chain Starbucks announced the launch of their own music label, saying it would sign both established and new artists.

Also in 2007, Neil Young‘s “Live At Massey Hall” was released.  The CD documented his solo concert in Toronto 26 years earlier.

In 2008, Michael Jackson refinanced his Neverland ranch to save it from being auctioned off.  He had been told that if he failed to pay the $25 million he owed on the property, it would be sold at auction within a week.

In 2009, Alice Cooper reunited with the other three surviving members of his namesake group on the opening day of Monster-Mania Con 12, a horror-film convention, in Cherry Hill, NJ. They didn’t perform but did sign autographs.

In 2010, a Guns N’ Roses VIP party in São Paulo, Brazil, turned nasty when the group didn’t show for a performance. As event organizers broke the news, patrons began fighting and destroying the club.  An eyewitness said “It was wild. There were fights everywhere, on the dance floor, in the bathrooms, and outside the club.”

in 2012, a fight broke out during a Van Halen concert in Manchester, NH. Frontman David Lee Roth halted the band’s rendition of Roy Orbison’s “(Oh) Pretty Woman.” “What do you think this is, a f-ing mosh pit?, Roth shouted at the fighters. “You’ve got all the best looking women on the f-ing east coast here and all you can f-ing think of is f-ing fighting?” 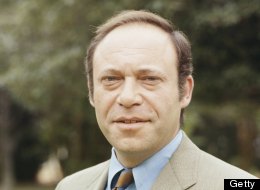 In 2013, Malachi Throne, the ubiquitous character actor who played Robert Wagner’s boss on ABC-TV’s It Takes a Thief, and guested on scores of other series from the 1950’s and 60’s right into the 21st century, died of lung cancer at age 84.

Also in 2013, original Iron Maiden drummer Clive Burr died from health complications due to Multiple Sclerosis at age 56. Burr was the drummer on Maiden’s first three albums, including their ‘82 commercial breakthrough “The Number Of The Beast.”

In 2014, a Jimi Hendrix stamp made its debut at the South By SouthWest (SXSW) music festival in Austin. The late guitarist’s stamp was part of the postal service’s U.S. Music Icons series. Slash and Robbie Krieger of The Doors were among the guitarists who performed.

Actress Annabeth Gish (The Bridge, Brotherhood, The West Wing, The X-Files) is 44.

Rapper Khujo of Goodie Mob is 43.

Actor Brennan Murray (The New Adventures of Peter and Wendy) is 27.