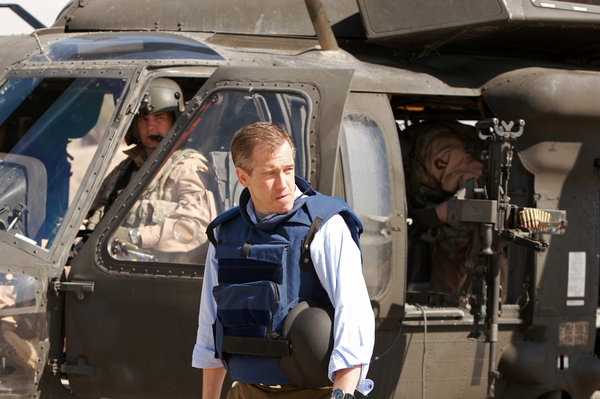 Brian Williams of “NBC Nightly News,” reporting from Camp Liberty in Baghdad in 2007. His acknowledgement that he embellished a war story from 2003 made him part of the news last week. Credit Jeff Riggins/NBC, via Getty Images 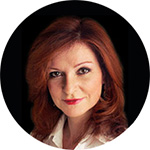 WASHINGTON — THIS was a bomb that had been ticking for a while.

NBC executives were warned a year ago that Brian Williams was constantly inflating his biography. They were flummoxed over why the leading network anchor felt that he needed Hemingwayesque, bullets-whizzing-by flourishes to puff himself up, sometimes to the point where it was a joke in the news division.

But the caustic media big shots who once roamed the land were gone, and “there was no one around to pull his chain when he got too over-the-top,” as one NBC News reporter put it.

It seemed pathological because Williams already had the premier job, so why engage in résumé inflation? And you don’t get those jobs because of your derring-do.

When Williams was declared the hair apparent to Tom Brokaw in 1995, hailed by Jay Leno as “NBC’s stud muffin,” I did a column wondering why TV news programs only hired pretty white male clones. I asked Williams if he was an anchor android.

“Not that I’m aware of,” he said gamely, in his anchor-desk baritone. “I can deny the existence of a factory in the American Midwest that puts out people like me.”

Although the NBC anchor had repeated the Iraq war tall tale, ever more baroquely, for more than a decade, when he cited it on his Jan. 30 broadcast during a segment about going to a Rangers game with a retired, decorated soldier who had been on the ground that day when he landed, Williams got smacked down on Facebook.

A crew member from a Chinook flying ahead of Williams, who was involved in the 2003 firefight, posted, “Sorry dude, I don’t remember you being on my aircraft. I do remember you walking up about an hour after we had landed to ask me what had happened.” Stars and Stripes ran with it, and, by Saturday, Williams announced that he was stepping down for several days.

Social media — the genre that helped make the TV evening news irrelevant by showing us that we don’t need someone to tell us every night what happened that day — was gutting the institution further.

Although Williams’s determination to wrap himself in others’ valor is indefensible, it seems almost redundant to gnaw on his bones, given the fact that the Internet has already taken down a much larger target: the long-ingrained automatic impulse to turn on the TV when news happens.