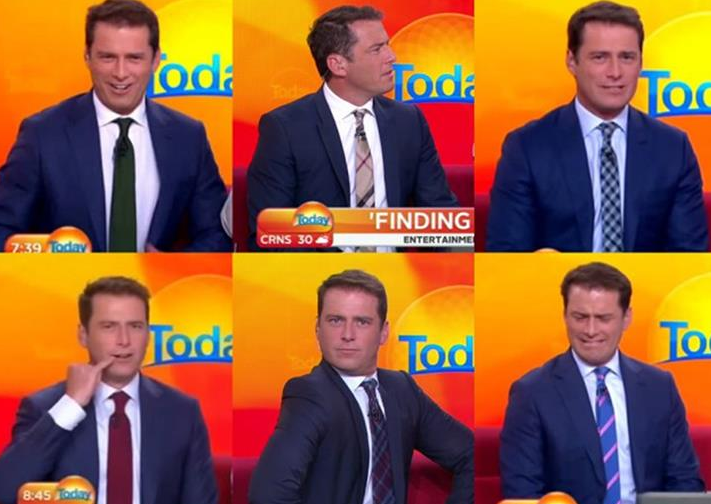 Karl Stefanovic anchors the Today show in Australia. He thought men and women were being judged differently for what they wore on-air.  To prove it, The Age writes, Stefanovic wore the same suit everyday…for a year. No one noticed.

“No one has noticed; no one gives a shit,” Stefanovic tells Fairfax Media. “But women, they wear the wrong colour and they get pulled up. They say the wrong thing and there’s thousands of tweets written about them.

“Women are judged much more harshly and keenly for what they do, what they say and what they wear.”

His frustration at this, he says, sparked his experiment.

“I’ve worn the same suit on air for a year – except for a couple of times because of circumstance – to make a point.

“I’m judged on my interviews, my appalling sense of humour – on how I do my job, basically. Whereas women are quite often judged on what they’re wearing or how their hair is … that’s [what I wanted to test].”