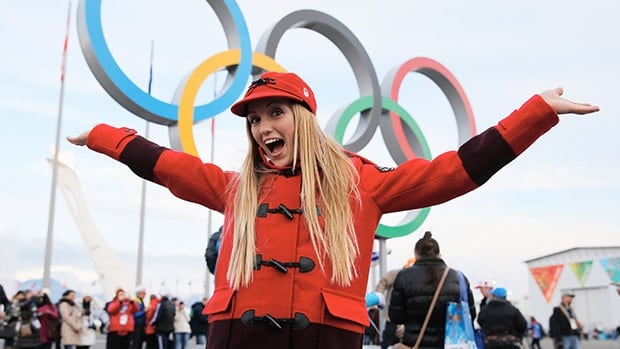 Freestyle skiing gold medallist Justine Dufour-Lapointe is one of the Canadian Olympic stars you’ll be able to follow in the coming years on CBC. (Scott Halleran/Getty Images)

CBC/Radio-Canada has been awarded the Canadian broadcast rights for the Olympic Games in 2018 in PyeongChang, South Korea, and 2020 in Tokyo.

As the lead broadcaster, CBC/Radio-Canada will work with broadcast partner Bell Media, along with Rogers Media, to provide Canadians with full access to all the excitement of the Games.

CBC/Radio-Canada was the lead broadcaster in Canada for the Winter Olympics held earlier this year in Sochi, Russia, and has the rights to the 2016 Summer Games in Rio de Janeiro.

CBC/Radio-Canada president and CEO Hubert Lacroix made the announcement about the 2018 and 2020 rights on Tuesday at the Canadian Broadcasting Centre in Toronto.

“This is clear recognition of the exceptional coverage CBC/Radio-Canada provided for the Sochi 2014 Olympic Winter Games — the most watched in history. The agreement also reflects the [International Olympic Committee’s] belief that we will continue to provide relevant, compelling Canadian experiences to Canadians by building on our accomplishments, as well as what we promise to bring with our coverage of the Rio 2016 Olympic Summer Games,” Lacroix said.

“The broadcast partnership model we’ve put forward is both respectful of the stature of the Games and fiscally responsible. Partnering with Bell Media, along with Rogers Media, shows the public broadcaster can play a role in bringing together the larger broadcast community in the interest of the Canadian audience.”