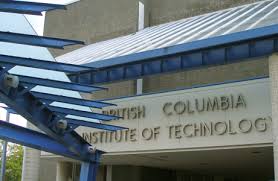 We’re indebted to Broadcast Dialogue for noting the 50th Anniversary of the British Columbia Institute of Technology (BCIT) in Burnaby.  We’re told there was a large celebration Saturday celebrating everything 1964. The “Fab 50” event featured vintage cars to an X-ray machine and broadcasting equipment used at the school a half-century ago.

Graduates of the broadcast course at BCIT have been populating so much of our radio and TV operations for so long I’m sure there are generations unaware that it hasn’t ALWAYS been there.  A weekly gathering of members of the UBC Radio Society who met in the studios of CKWX beginning in 1950, under the tutelage of John Ansell and Reo Thompson, formed the nucleus of the forerunner to what would become BCIT.  I was there, and I was the first beneficiary of the course, as it led to weekend and summertime employment in those hallowed CKWX facilities at 543 Seymour Street.  It soon led to fulltime staff announcer employment, and continued with a few bumps to total a 50 year career in the biz, and creating along the way an overflowing basket of wonderful memories.

I’m so lucky to have been part of a wonderful broadcasting era that appears to have all but disappeared.

GM Tiny Elphicke believed that erecting the fancy structure in the mid ’50’s would be a statement about the future of radio, at a time the broadcast world was suddenly being dominated by TV.