NYPD has open investigation, but no charges laid 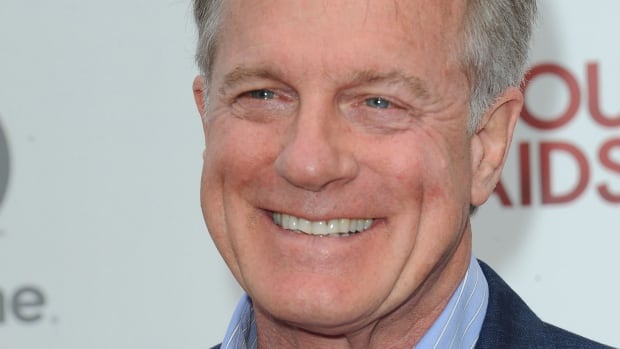 Stephen Collins, pictured in 2013, faces accusations that he molested a 14-year-old girl in 1972. The New York Police Department has an open investigation into the accusations. (Katy Winn/Invision/The Associated Press)

The networks, UP TV and TV Guide, announced the cancellations Tuesday.

New York police confirmed they have an open investigation into allegations the actor molested a teenage girl in the early 1970s.

New York Police Department spokesman Stephen David said the complaint was filed in 2012, accusing Collins of forcing a then 14-year-old girl to commit a lewd act in the actor’s Manhattan apartment in 1972. David says the case remains open and is being handled by Special Victims Division detectives, but no charges have been filed.

Prosecutors will make a determination about whether any charges should be pursued.

Collins is best known for his role in the wholesome family drama 7th Heaven, where he played a pastor and father of seven children. The WB show, which ran from 1996 to 2007, launched the career of actress Jessica Biel, who played Collins’ eldest daughter.

Hollywood trade publications reported Tuesday that amid news of the investigation, Collins has lost a role in the film Ted 2 and resigned his position from the acting guild SAG-AFTRA.

Pamela Greenwalt, a spokeswoman for SAG-AFTRA, declined comment on Collins’s departure from its national board. The actor’s name had been removed from lists of current board membership by Tuesday afternoon.

The actor’s estranged wife, Faye Grant, wrote in a sworn court declaration in Los Angeles last year that her husband had disclosed he molested at least three young girls.