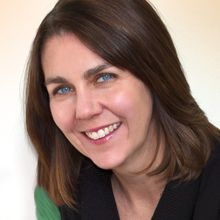 The Jim Pattison Broadcast Group is delighted to announce that the new General Manager joining QX104 and FAB 94.3 in Winnipeg will be Heidi Rasmussen. Effective October 1, 2014 Heidi will be commencing her role as General Manager with overall responsibilities for the growth, strategy and day-to-day management of the Winnipeg stations.

In her most recent position Heidi managed the sales department at Global Winnipeg as the General Sales Manager, and her experience combines a solid management background with plenty of hands on marketing, communications and advertising experience in a variety of media.

In addition to sales acumen, Heidi brings a great mix of leadership, operational experience, project management and a passion for working with people. Residing in Winnipeg since 1987, Heidi also brings a wealth of market knowledge and contacts with her, compiled through 25 years of broadcast experience. Prior to her most recent role at Global, she held a number of key roles with CKY and WTN in Winnipeg including Director of Operations, Production Manager, Creative Director and Account Executive.

Heidi played an integral role in leading a radio station in Barbados from 2002 – 2006, also in a General Manager position.

In addition to her professional experience, Heidi also holds a Bachelor of Arts, Economics which she earned at the University of Winnipeg. Her community involvement is truly outstanding as she currently is a board member of the Western Association of Broadcasters and the Broadcasters Association of Manitoba, and she is a volunteer with Siloam Mission and Winnipeg Harvest.

Her first priority will be to immerse herself in deepening her understanding of our radio stations, learning about our culture at the Jim Pattison Broadcast Group and getting to know all the team members in Winnipeg. Heidi is keen to continue growing QX104 and FAB 94.3 and to build on the solid foundation and momentum achieved by the stations under our interim management, Don Shafer.

The Jim Pattison Broadcast Group is delighted to have reached such a successful outcome to the search for a new General Manager. As the company continues to grow the new radio stations in Winnipeg, Heidi’s experience in management, her talent in sales and marketing, and her strong leadership abilities will allow her to make important contributions to the success of QX104 and FAB 94.3.