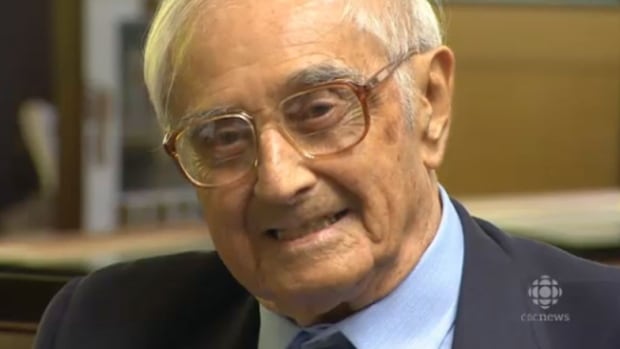 Peter Stursberg saw first-hand the liberation of Holland from Nazi occupation, and was one of the last reporters in Adolf Hitler’s bunker.

Stursberg began his war coverage in Sicily in 1943, as allied troops began to invade. He was the first correspondent to cover the Canadian troops in action. 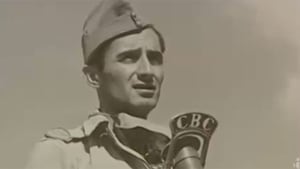 Stursberg saw first-hand the liberation of Holland from Nazi occupation and was one of the last reporters in Hitler’s bunker. (CBC)

“People remember my voice, and the voice of Matt Halton and others who covered the war,” Stursberg said of his reporting. “It made them feel like they were much closer to events than reading about it in the newspaper.”

“We are very sad to hear about the passing of Peter Stursberg,” said Jennifer McGuire, editor-in-chief of CBC News. “His reporting brought the war home and brought Canadians to the front-lines of Europe. Peter Stursberg helped pave the way for a generation of war correspondents who continue to risk their lives so we can better understand our world.”

Last year, Stursberg met his great-grandchildren for the first time at his 100th birthday party in Vancouver, where he lived. 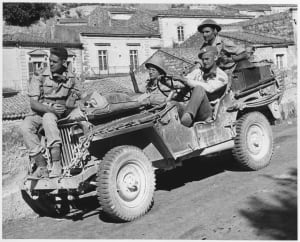 From left, Alister Fraser, Ross Munro (Canadian Press), Dave McLellan, Peter Stursberg in Sicily in July 1943. Stursberg was one of three Canadian correspondents who landed on the shore of Sicily with the first invasion barges. (CBC Still Photo Collection)