In 1911, radio/TV newscaster Robert McCormick, for more than 30 years a feature member of the NBC news corps, was born in Danville Kentucky. He broadcast some of the first televised news on the 15-minute “Camel Caravan” show.  He was the first NBC anchor of a political convention on TV, at the 1948 Democratic National Convention. McCormick retired in 1976 after several years of covering Capitol Hill, and died of heart failure Sept. 5 1985 at age 74.

In 1945, radio brought the news that would lead to Japan’s surrender & the end of World War II. The US Air Force exploded a nuclear device over Nagasaki, Japan, instantly killing an estimated 39,000 people. The explosion came just three days after a similar atomic bomb was dropped on Hiroshima.

In 1957, Paul Anka, at fifteen years of age, was headed up the pop charts with “Diana”. The single spent nine weeks (out of a total of eighteen on the charts) at #1.

In 1958, 17-year old Cliff Richard signed his first recording contract with the EMI label.  His first single “Move It,” released 20 days later, would peak at #2 on the UK charts and lead him to become Britain’s first native-born rock star.

In 1960, singer Johnny Horton was at Owen Bradley’s Studio in Nashville to record just one track .. his future #1 country song (and #4 pop single) “North To Alaska” for Columbia Records. 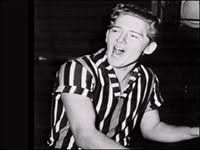 In 1988, the Canadian airwaves erupted with the shocking news that hockey superstar Wayne Gretzky had been traded to the Los Angeles Kings. 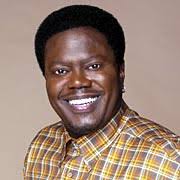 In 2012, actor/director Al Freeman Jr., who won a best-actor Daytime Emmy for his work as Capt. Ed Hall on the ABC soap opera “One Life to Live,” (a series he also directed), and played Malcolm X in the 1979 miniseries “Roots: the Next Generations,” died at age 78.

Winnipeg-born comedian-director David Steinberg (Seinfeld, Mad About You, Newhart) is 72.

Actress Gillian Anderson (The Fall, The X-Files) is 46.

Model/TV presenter Nikki Ziering (The Price is Right, I’m a Celebrity Get Me Out..) is 43.

Actress Rhona Mitra (The Gates, Boston Legal, The Practice) is 38.

Actor Texas Battle (The Bold and the Beautiful, SAF3) is 38.