conductor & violinist George Liberace was born in Menasha Wisconsin. The brother of the flashy pianist conducted the orchestra for most of his TV & concert appearances. He died of leukemia Oct 16, 1983 at age 72.

In 1912, columnist & TV personality Irv Kupcinet was born in Chicago.  Kup’s Show, for some years called At Random, was a 27 year Saturday night fixture on Chicago TV.  For a time he was paired with Jack Brickhouse on Chicago Cub radio broadcasts.   He died of complications from pneumonia Nov. 10 2003 at age 91.

In 1916, game show producer Bill Todman was born in New York City.  He first teamed with longtime partner Mark Goodson to produce radio shows, then moved seamlessly into game shows for TV.   Their hits include The Price is Right, To Tell the Truth, Beat the Clock, I’ve Got a Secret, & What’s My Line. Todman diversified the partnership into newspapers & real estate which earned them many more millions than the TV shows. He died from a heart condition July 29 1979, two days short of his 63rd birthday.

In 1919, sportscaster Curt Gowdy was born in Green River Wyoming.  Before emerging on the national scene he was a baseball broadcaster for first the Yankees & then the Red Sox.  Later, for ABC, CBS, NBC & HBO, he would do TV play-by-play on the World Series, All Star Games, Rose Bowls, Super Bowls & the Olympics.  He was 1970 recipient of the George Foster Peabody Award for achievement in radio and TV.  When most other assignments dropped off he continued as the host of ABC’s American Sportsman.  He died of leukemia Feb 20, 2006 at age 86.

In 1933, listeners turned up the radio to hear the announcer introduce for the first time  ‘Jack Armstrong, the All-American Boy!’  The show was one of the longest-running adventure programs on radio, continuing until 1951. Armstrong was Hudson High School’s football hero and the hero who saved the day from dastardly villains. Somehow, these adventures would take Jack and his cousins, Betty and Bill Fairfield, to exotic locales where they would make use of industrialist Uncle Jim’s yacht and a hydroplane they referred to as the Silver Albatross.

In 1942, Harry James and his band recorded the classic ‘I’ve Heard that Song Before,’ for Columbia Records.

Band singer Helen Forrest was the vocalist on the million-seller.

In 1964, country Music Hall of Famer Jim Reeves was killed just 3 weeks short of his 41st birthday, when his single-engine Beechcraft crashed near Nashville. Gentleman Jim started as a DJ, first at KGRI in Henderson, Texas; then at KWKH in Shreveport, LA (the home of the Louisiana Hayride in the early 1950s). Hits include Four Walls, He’ll Have to Go, I’m Getting Better, Am I Losing You, Welcome to My World and I Guess I’m Crazy. Reeves became a member of the Grand Ole Opry in 1955.   He had his own TV series on ABC in 1957.

Also in 1964, Martha & the Vandellas released their biggest hit, a future #2 pop single, ‘Dancing in the Street,’ which they had recorded in just two takes.

In 1968, in London, the Beatles recorded their future smash “Hey Jude.” It topped Billboard’s Hot 100 singles chart for nine weeks, making it the megagroup’s biggest hit.

In 1969, after two hours of opening acts (during which time he grappled with a severe case of stage fright), Elvis Presley debuted his new Vegas show at the International Hotel, his first stage appearance since 1961.

In 1971, the first men to ride in a vehicle on the moon did so in the LRV (lunar rover vehicle). This example of a lunar dune buggy carried Apollo 15 astronauts David R. Scott and James B. Irwin for five miles on the lunar surface. Their first stop at the rim of Elbow Crater was televised back to Earth to millions of viewers. The moon ride lasted two hours and the astronauts were heard to exclaim, “There’s some beautiful geology out there!”

Also in 1971, “You’ve Got a Friend” by James Taylor topped the charts.  The Grammy-winning Carole King song was the first of ten #1’s Taylor would score during the 1970’s.

In 1972, Chicago‘s fifth album “Chicago V,” in release for only three weeks, was certified as a Gold Record.  The LP contained the summer favorite, “Saturday In The Park.”

In 1974, Jim Pattison completed the sale of Winnipeg radio stations CFRW AM & FM to CHUM Radio, after the CRTC approved the deal on July 5th.

In 1976, George Benson started a two-week run at No.1 on the Billboard album chart with ‘Breezin’.

Also in 1976, Blue Oyster Cult‘s “Don’t Fear The Reaper” was released.  That same day the single “Still The One” by Orleans was released.

In 1978, orchestra leader Enoch Light, the first musician to go to extreme lengths to create high-quality recordings that took full advantage of the technical capabilities of home audio equipment of the late 1950s and early 1960s, died at age 70.

In 1979, James Taylor played a free concert in New York’s Central Park in support of the city’s campaign to restore the park’s Sheep Meadow.

In 1980, actor Bobby Van, who was best known as a TV game show panellist (Tattletales) & host (Showoffs, The Fun Factory, Make Me Laugh), lost his battle with brain cancer at age 49.

Also in 1980, John Phillips of the Mamas and the Papas was arrested by the FBI for possession of cocaine. He was sentenced to five years behind bars, but instead gave 250 hours worth of anti-drug lectures, the judge’s alternative sentence.

Also in 1981, Debbie Harry, lead singer of the 1970’s new wave group ‘Blondie,’ released a solo album, “Koo Koo.” It included a controversial picture of the singer with long needles penetrating her cheeks. Though a hit in the UK the album failed to crack the Top 20 in the US.

In 1984, one armed actor Bill Raisch, remembered as the real killer Fred Johnson on TV’s original The Fugitive, succumbed to lung cancer at age 79.

Also in 1984, Leeza Gibbons made her first appearance on TV’s Entertainment Tonight, where she remained for 11 years.

In 1986, influential jazz pianist “Teddy” Wilson, who starred in the Benny Goodman Trio & Quintet, and played on many of the legendary Billie Holliday’s recordings, died at age 73.

In 1987,the Guns and Roses song “Appetite for Destruction” was released.

In 1989, CBC Newsworld made its debut on cable. The news and information channel went on the air on cablesystems across Canada. Today it is labelled CBC News Network.

In 1990, Zsa Zsa Gabor was released from jail in El Segundo, California, after serving a 72-hour sentence for slapping a Beverly Hills police officer.

In 1991, Bryan Adams was enjoying his third week at No.1 on the UK singles chart with ‘(Everything I Do) I Do It For You’. The Canadian’s single stayed at No.1 for a record-breaking sixteen weeks.

In 1994, English singer Anne Shelton, who in World War Two became one of the best loved singers to be heard on the radio, especially by members of the armed forces, died at age 66.

In 1995, the Disney Corp. announced they had acquired the ABC TV & radio networks and stations from Capital Cities for 19 billion dollars.

Also in 1995, selling 331,000 copies, Selena‘s “Dreaming of You,” her first English album, debuted at No. 1 on the Billboard chart. The slain Tejano singer became the first Latin artist ever to debut at No. 1.

In 1996, Ottawa-born Alanis Morissette kicked off her first big-time Canadian tour with a show before 15,000 at General Motors Place in Vancouver. The concert had sold out in less than an hour two months earlier.

Also in 1998, actor Gary Coleman (of TV’s Diff’rent Strokes) turned himself in to police after allegedly punching a female fan who asked for his autograph.

Still in 1998, actor Nicolas Cage was on hand as his star was unveiled on the Hollywood Walk of Fame. 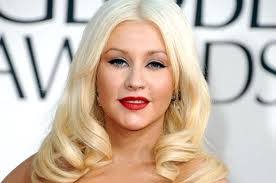 In 1999, Christina Aguilera scored her first Billboard No.1 single with ‘Genie In A Bottle.’  The song spent 5 weeks at No.1 and won Aguilera the Best New Artist Grammy for the year.

Also in 1999, Wu-Tang Clan member Ol Dirty Bastard, (real name Russell Jones) was arrested for crack and marijuana possession in New York after being stopped by police during a routine traffic offence.

In 2001, BBC producer John Walters died aged 63. Walters produced and worked with Radio 1 DJ John Peel to broadcast some of the most groundbreaking music of an era, after joining the Beeb in 1967.

in 2004, actress Virginia Grey (below) died in Los Angeles at age 87. Grey appeared in over 100 films and 40 TV shows, including Wagon Train and the miniseries Arthur Hailey’s The Moneychangers.

In 2006, Guns N’ Roses frontman Axl Rose visited the Teenage Cancer Trust Ward in London to talk to patients about their illnesses and interests. “We were so touched that Axl wanted to visit,” said the ward’s CEO, Simon Davies. The visit came at the end of a GN’R European tour.

In 2007, Lynyrd Skynyrd headlined a benefit concert in Aspen, CO, to benefit the Doug FlutieFoundation for Autism. Flutie, a former NFL and CFL quarterback, has a son who suffers from autism.

In 2008, Alice Cooper broke a rib and damaged some ligaments after falling during a concert in Redmond, Oregon. Rather than take time off as doctors recommended, Alice continued to tour.

In 2009, British-born producer Harry Allan Towers succumbed to pneumonia and heart failure in Toronto at age 88. Formerly a child actor, he became a prolific radio writer during WWII while serving in the Royal Air Force.  His company, Towers of London sold syndicated radio shows around the world, including The Lives of Harry Lime and The Black Museum with Orson Welles, Horatio Hornblower with Michael Redgrave, and Sherlock Holmes with John Gielgud and Ralph Richardson.

In 2010, the Coluimbia Records executive who nurtured the early careers of Tony Bennett, Johnny Mathis, Doris Day and Rosemary Clooney, Mitch Miller died at the age of 99.  He also hosted a Sunday evening CBS Radio interview show in the late 1950’s, headed up the early 60’s NBC TV show ‘Sing Along with Mitch’, and became controversial over his famous dislike of, and resistance to, rock & roll.

In 2012, noted author, intellectual and TV gadfly Gore Vidal succumbed to pneumonia at age 86. He wrote several plays for television in the 1950’s and again in the 1980’s, and was a memorable guest on early TV talk shows. For the 1968 political conventions he teamed with conservative William F. Buckley as feuding commentators for ABC-TV.

Also in 2012, singer Johnny Mathis, for the second time, underwent replacement surgery for his right hip.

In 2013, actor Michael Ansara, who had co-starring roles in the TV series Broken Arrow,  Law of the Plainsman, and Rambo, lost a battle with Alzheimer’s Disease at age 91.

Actress Susan Flannery (Bold and the Beautiful, Days of Our Lives) is 75.

Actor Wesley Snipes (Happily Ever After: Fairy Tales for Every Child) is 52.

Guitarist Jim Corr of The Corrs is 50.

Montreal-born actress Amanda Stepto (Degrassi: The Next Generation) is 44.

Actor Robert Sutherland Telfer (Saved by the Bell: The New Class) is 37.

Actor Eric Lively (So Weird, A Minute with Stan Hooper, The L Word) is 33.

Actress Wunmi Mosaku (Dancing on the Edge, Vera) is 28.