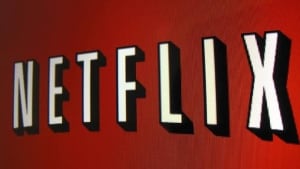 In the latest MTM poll, about 32 per cent of respondents said they were Netflix subscribers, which was up from the 25 per cent in the spring of 2013. (Mike Blake/Reuters)

In Canada, none of those are available.

But there’s a not-so-secret trick for Canadian Netflix subscribers to access movies and TV shows that are supposed to be available only south of the border.

And a new report suggests one in three anglophone Canadian Netflix users have figured it out.

The Media Technology Monitor commissioned a telephone poll of 2,002 anglophone Canadians this spring to ask respondents about their tech habits and routines.

1 in 3 Canadian anglophones are Netflix subscribers

About 32 per cent said they were Netflix subscribers, which was up from the 25 per cent of respondents who said they used the streaming service when a similar poll was conducted in the spring of 2013.

In the latest survey, about one in three said they had been Netflix subscribers for two or more years, while similar numbers said they’d been subscribing for one to two years, and less than a year.

A large majority, 88 per cent, said they were streaming content through Netflix every week.

When asked what type of content they watched, there was a slight preference for streaming TV shows over movies and documentaries.

Netflix, which is now operating in more than 40 countries, offers different content in each local market, depending on licensing agreements signed for the nation.

READ THE REST OF THIS CANADIAN PRESS STORY HERE  AT THE CBC WEBSITE.