band leader Guy Lombardo, whose orchestra played ”The Sweetest Music This Side of Heaven,” was born in London, Ontario.

Lombardo’s Royal Canadians were the most popular dance band in North America in terms of record sales — more than 300-million during the orchestra’s 50-year career. Among Lombardo’s million-sellers were ”Humoresque” in 1946, ”Easter Parade” in 1947 and the ”Third Man Theme” in 1950. Lombardo went to Cleveland in 1923 with a group of London-area musicians, including his brothers Carmen and Lebert. By the following year, the band was being billed as the Royal Canadians. Lombardo’s New Year’s Eve radio and T-V broadcasts from New York City were a traditional part of holiday celebrations from 1929 to ’62. The Royal Canadians were known especially for their version of ”Auld Lang Syne,” which was the band’s theme song. Guy Lombardo died November 5th, 1977.

In 1905, actress Mildred Natwick was born in Baltimore Maryland.  The perpetual supporting actress stepped into a leading role when she co-starred with Helen Hayes in the TV movie & subsequent series The Snoop Sisters. She played Aunt March in TV’s Little Women, was guest star 11 times on TV’s Suspense, and 4 times each on Studio One & Kraft Television Theatre.  She died of cancer Oct. 25 1994 at age 89.

In 1912, actor/narrator Martin Gabel was born in Philadelphia.  His signature work was on May 8, 1945 as narrator on the CBS radio broadcast of Norman Corwin’s epic poem On a Note of Triumph, a commemoration of the fall of the Nazi regime in Germany and the end of WW II in Europe. The broadcast was so popular that the CBS, NBC, Blue and Mutual networks aired a second live production five days later.  He was the most frequent guest on TV’s Sunday night fixture What’s My Line, because he was married to regular panelist Arlene Francis. He died after a heart attack May 22 1986 at age 73.

In 1914, bluegrass musician Lester Flatt (below) was born in Overton County, Tennessee. Flatt, Earl Scruggs and the Foggy Mountain Boys were one of the most popular country music acts of the ’50s and ’60s. They were largely responsible for making bluegrass music popular outside the rural South. Their biggest hits were “The Ballad of Jed Clampett,” from the “Beverly Hillbillies” T-V show, and “Foggy Mountain Breakdown,” which was used in the soundtrack of “Bonnie and Clyde.” Flatt and Scruggs parted company 10 years before Flatt’s death on May 11th, 1979. 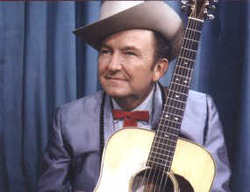 In 1926, harmonica player DeFord Bailey, the most important black performer in country music before Charley Pride, made his Grand Ole Opry debut. His lively adaptations of old songs made him one of the most popular Opry performers until 1941. That’s when he was dismissed, according to Opry founder George D. Hay, for refusing to learn new material.

In 1934, the 73rd U.S. Congress created the Federal Communications Commission (FCC) with the aim of regulating radio, and later, TV.

In 1946, the Gillette Razor Company became the first company to be a TV Network sponsor. They sponsored the second Joe Louis vs. Billy Conn heavyweight boxing match, with Don Dunphy (above) on the blow-by-blow.   Louis won via an 8th round KO.

In 1952, “I’ve Got A Secret” debuted on CBS Television with Garry Moore as host for the first twelve years.

After months of panellist tryouts, by 1953 the show settled in with regulars Bill Cullen, Faye Emerson, Henry Morgan, and Jayne Meadows.

In 1956, Dean Martin and Jerry Lewis went their separate ways after a decade-long partnership on radio and TV, and in nightclubs and 16 feature films.

In 1958, teen heartthrob Ricky Nelson was the star of two shows at the PNE Exhibition Gardens in Vancouver.  He sang the rising hit ‘Poor Little Fool’ and other songs from his just-released self-titled album.

Also in 1958, Buddy Holly was rushed into the Pythian Temple studios in New York City to cover both sides of Bobby Darin’s “Early In the Morning”and “Now We’re One”, after Bobby’s Brunswick single (credited to the Ding Dongs) had to be withdrawn, as Darin was legally contracted to the Atco label. These were Holly’s first tracks without The Crickets.

In 1960, Loretta Lynn‘s first single, “I’m a Honky-Tonk Girl,” made the country charts. It was recorded on a small record label called Zero, and neither the label nor Lynn had enough money to promote the record. So Loretta and her husband mailed out copies to disc jockeys by hand. The record began getting plays and eventually made the country top 10.

Also in 1960, at the height of the folk music boom, the Kingston Trio debuted their own weekday show on CBS Radio.

In 1961, Pat Boone went to No.1 on the Billboard singles chart with ‘Moody River.’

Also in 1961, Bobby Darin was in studios in Los Angeles to record “Things” and “You Must Have Been A Beautiful Baby.”

In 1965, “I Can’t Help Myself (Sugar Pie Honey Bunch)” by The Four Tops topped the charts and stayed there for 2 weeks.

In 1966, comedian Ed Wynn, star of his own pioneering shows on radio & early TV, died of throat cancer at age 79.

In 1967, during a TV interview with the BBC Paul McCartney admitted that he had experimented four times with the hallucinogenic drug LSD.

In 1969, The Doors played a concert at the PNE Garden Auditorium in Vancouver.

In 1971, Carole King reached the top spot on the Billboard Hot 100 chart with “It’s Too Late” which stayed #1 for five weeks. It was one of four hit singles from the album “Tapestry,” which stayed on the L-P chart for 302 weeks and sold more than 13-million copies.

In 1973, the stage production of “The Rocky Horror Show” opened in London. It later played in Los Angeles and New York. Tim Curry reprised his starring role in the 1975 movie version, “The Rocky Horror Picture Show,” which developed into a cult phenomenon. Fans, dressed up as their favourite characters from the film, continued to show up at midnight screenings for a decade.

Also in 1973, Roberta Flack hosted her ABC-TV musical special, “Roberta Flack… The First Time Ever,” with the Blossoms and Seals & Crofts as guests.

Still in 1973, the Edgar Winter Group‘s rock instrumental “Frankenstein” was certified to be a Gold Record.

In 1976, Blue Oyster Cult released the album, “Agents of Fortune.”

Still in 1976, the UK’s Bay City Rollers opened their first tour of North America with a show in Atlantic City.

In 1978, The Rolling Stones played the Palladium in New York City during their summer tour of North America.

In 1980, disco queen Donna Summer was the first act signed by David Geffen to his new Geffen Records label.

In 1982, “Don’t You Want Me” by Human League topped the charts and stayed there for 3 weeks.

In 1983, BC Place Stadium, boasting what was then the world’s largest air-supported roof, officially opened in Vancouver.

In 1988, more than three-thousand East German young people gathered by the Berlin Wall to hear Michael Jackson thrill crowds at a West Berlin concert on the other side of the fortified border. Security police dragged off at least three men from the crowd and forced two West German T-V crews away from the scene. Canada’s Bryan Adams and Britain’s Big Countrywere the headliners at a competing concert in East Berlin’s suburbs. Billed as a concert “for nuclear-free zones,” it attracted about 100-thousand people.

In 1990, the artist presently known as Prince played the first of 12 sold-out nights at Wembley Arena in London,  on his so-called Nude European tour.

In 1991, actress Jean Arthur, who capped an extensive big screen career with TV’s The Jean Arthur Show (1966), died of heart failure at age 90.

In 1997, singer Bobby Helms, whose 1957 recording of “Jingle Bell Rock” became a Christmas standard, died of emphysema at his home in Martinsville, Indiana. He was 63. Helms other big hits in the 1950s were “Fraulein” and “My Special Angel.”

In 1998, the second Lilith Fair tour organized by Sarah McLachlan and featuring all-female entertainment, opened with a soldout show in Portland, Oregon.

Also in 1998, Loretta Lynn made a special appearance on the Friday Night Opry, opening with her first No. 1 country hit, “Don’t Come Home A-Drinkin’,” from 1966, and followed with “We’ve Come a Long Way Baby” from 1978. To round out her night, Lynn performed “How Great Thou Art” without accompaniment, for which she received a standing ovation and finished with her signature tune “The Coal Miner’s Daughter.” 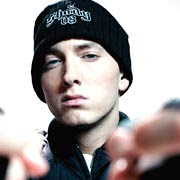 In 2000, rapper Eminem was to be immortalised in animation, with a new cartoon series, which would be hosted on a new web site. 26 weekly ‘webisodes’ would be broadcast on the site, featuring Eminem providing all the voices.

In 2005, legendary southern DJ, Mason Dixon, was injured in an auto accident which practically split his car apart. Dixon suffered a collapsed lung, 2 broken ribs and a ruptured spleen. Dixon has been affiliated with legendary stations including Tampa’s WRBQ-FM, where he was still employed at the time of his accident.

In 2007, Bon Jovi performed on NBC’s Today show as part of the program’s Toyota Concert Series.

Also in 2007, lawyers for Britney Spears demanded a Florida radio station remove “offensive” advertisements, which featured her with a shaved head. The WFLZ billboards included the slogans “Total nut jobs”, “Shock Therapy” and “Certifiable”, which ran across pictures of a bald Spears. Britney had been photographed shaving her own head in a California hair salon earlier in the year.

In 2009, one of the last of the golden throated announcers of radio’s golden era, Ken Roberts died at age 99.  His career continued in TV as the longtime announcer for daytime dramas The Secret Storm and Love of Life, each for a two-decade span. In 1935 he had founded the broadcast performers’ union now known as AFTRA.

Also in 2009, some nine years after his early death at age 54, singer William ‘Oliver’ Swofford (Good Morning Starshine, Jean) was honored as the ‘OliverFest’ opened in his hometown of North Wilksboro, North Carolina.

In 2010, Green Day performed at London’s Wembley Stadium before an estimated audience of 80,000.

In 2011, actor Don Diamond, who started in network radio in such shows as Gunsmoke and Escape, and who had featured roles in TV’s F Troop, the Adventures of Kit Carson, and Zorro, suffered heart failure and died at age 90.

In 2012, actor Richard Lynch, who for 40 years made a career out of playing villains all over the big screen and the TV schedule in shows such as Battlestar Gallactica, Star Trek: Next Generation, and Hunter, was found dead in his home after a heart attack at age 72.

In 2013, actor James Galdolfini, forever memorable as star of the cable-TV series, The Sopranos, suffered a fatal heart attack while filming in Italy at age 51.

Also in 2013, yodelling country music singer Slim Whitman, one of Michael Jackson’s favorite vocalists, died of heart failure at age 90.  His recordings of Rose Marie, Indian Love Call, I Remember You and others, using his smooth high three octave range falsetto, were even more popular in Great Britain than they were in North America.

Still in 2013, the Rolling Stones released their entire catalog on iTunes as part of the band’s 50th anniversary celebration.

Actress Gena Rowlands (The Incredible Mrs. Ritchie, The Way of the World, Top Secret) is 84.

Singer/guitarist Tommy DeVito (The 4 Seasons) is 78.

Singer Elaine ‘Spanky’ MacFarlane of Spanky and Our Gang is 72.

Singer Ann Wilson of Heart is 64.

Singer Mark DeBarge of DeBarge is 55.

Singer-guitarist Brian Vander Ark of the Verve Pipe is 50.

Actor Andy Lauer (Caroline in the City) is 49.

Actress Poppy Montgomery (Without a Trace) is 39.

Actor Aidan Turner (Being Human, The Clinic) is 31.

Actor Paul Dano (The Sopranos, Too Young to be a Dad) is 30.

Actor Atticus Shaffer (The Middle) is 16.

1951
Too Young – Nat King Cole
On Top of Old Smokey – The Weavers (vocal: Terry Gilkyson)
Syncopated Clock – The Leroy Anderson Orchestra
I Want to Be with You Always – Lefty Frizzell