As a protege of Edward R. Murrow he was a top-level CBS news correspondent from WWII through Viet Nam. He went on to become chief correspondent of CBS and host of its “Eyewitness to History” TV series. He took over hosting of Murrow’s live celebrity interview show “Person to Person” for the final two years of the series (1959-61). Retiring from CBS in 1982, he died from cancer Oct 3, 1985 at age 68.

In 1924, actor Dennis Weaver (below) was born in Joplin Missouri. He rose to stardom as Chester on TV’s Gunsmoke, then went on to have feature roles in McCloud, Emerald Point NAS, Lonesome Dove:The Series, Pearl, Centennial, Stone & Wildfire.  He died of complications from cancer Feb 24, 2006 at age 81. 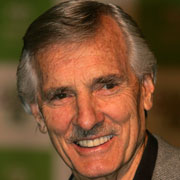 In 1934, the Dorsey Brothers, Tommy and Jimmy, recorded Annie’s Cousin Fanny on the Brunswick label. The track featured trombonist Glenn Miller, who also vocalized on the tune.

In 1942, Capitol Record Co. opened for business in Hollywood. Co-owner Glenn Wallichs came up with the idea that he could send new records to influential radio announcers all around the U.S. and, maybe, add to the chances that stations would play the records. The practice would soon become common among most record labels.

In 1943, the audience-participation show Ladies Be Seated was heard for the first time on the Blue network.  Two years later Johnny Olsen & his wife took over the daytime program, enroute to his becoming the legendary prototype for TV quiz show announcers.

In 1944, “Leonidas Witherall” was first broadcast on the Mutual Broadcasting System, and played weekly for 11 months. Witherall was a bearded detective who was the spitting image of William Shakespeare.

In 1949, “Cavalcade of Stars” debuted on the DuMont TV Network; Jackie Gleason was made host in 1950.

In 1958, the No. 1 Billboard Pop Hit was “The Purple People Eater,” by Sheb Wooley. Wooley played Peter Nolan on TV’s “Rawhide.” He also recorded comic recordings under the name Ben Colder and wrote the “Hee Haw” theme song.

In 1962, legendary sportscaster Clem McCarthy died at age 79. McCarthy was the first to announce the running of the Kentucky Derby back in 1928 and called every Derby through 1950. He also announced early boxing matches for NBC radio.

Also in 1962, The Beatles signed their first record contract with EMI to produce a series of demos. The group would still have to pass an audition to get signed to make actual records.

Also in 1963, The Searchers released their debut single “Sweets For My Sweet” in the UK.  It had been a hit for the Drifters two years earlier.

In 1964, the Beatles “World Tour” began in Copenhagen Denmark.

In 1965, the Rolling Stones released “(Can’t Get No) Satisfaction.”

In 1966, Janis Joplin arrived in San Francisco at the invitation of Big Brother and the Holding Company, who wanted her to become their new lead singer. 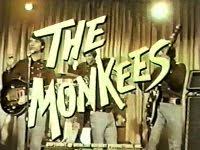 In 1967, “The Monkees” T-V show won an Emmy award for outstanding comedy series.

In 1970, Elvis Presley began five days of recording at RCA’s studio B in Nashville, starting each day at 6pm and working until dawn.

In 1972, Pink Floyd started to record their next album, tentatively titled “Eclipse,” at Abbey Road Studios in London. The album was eventually released as “Dark Side of the Moon.”

In 1973, Murray Wilson, father of three of the Beach Boys, suffered a fatal heart attack at age 55. He managed the band and negotiated their first contract with Capitol Records in 1962. Brian, Carl and Dennis Wilson later accused their father of verbal and physical abuse; Brian and Dennis harbored such resentment they did not attend the funeral.

In 1974, David Bowie kicked off his 73 date Diamond Dogs Tour at the Forum in Montreal. He played Ottawa the following night, and Toronto the night after that.

In 1975, The Rolling Stones became the first rock band to receive royalties for sales of their records in Russia.

In 1976, radio station CBK-540 Watrous, Sask. lost its transmitter tower in a severe wind storm. The 50 KW station, built in 1939 to serve both Regina and Saskatoon, was off the air for several days.

In 1977, the first personal computer, Apple II went on sale.

In 1979, U.S. President Jimmy Carter hosted Chuck Berry, who played a concert for the First Family and several hundred guests on thelawns of the White House.

In 1983, Canadian folk singer Stan Rogers was one of 19 Canadians killed as Air Canada DC-9, flying from Texas to Toronto, caught fire and made an emergency landing at Cincinnati. 23 of 46 passengers and crew died from smoke and flames due to a fire caused by smoking in a washroom.

In 1984, Bruce Springsteen released the album, ‘Born In The USA’, which went on to top the Billboard chart for 7 weeks and spawn 7 Top 10 singles.

Also in 1984, Tina Turner released the single “What’s Love Got To Do With It?” while Sheila E. released the album “The Glamorous Life.”

In 1986, the first of six Amnesty International shows was held in San Francisco. A crowd of 14-thousand turned out to hear Bryan Adams, Sting, U-2 and Peter Gabriel.

In 1988, Tracy Chapman went to No.1 on the Billboard chart with her self-titled debut album.

In 1990, punk rock singer Stiv Bators of the Dead Boys and The Lords of the New Church died after being hit by a taxi in Paris, France. Bators had been out drinking when he was hit by a cab while crossing the road.

In 1991, British police seized 23-thousand copies of an album (Efil4zaggin) by American rappers N-W-A. A warrant had been issued under the Obscene Publications Act. But a judge cleared the album for release five months later. In 1992, the “young Elvis” stamp beat out the “Vegas Elvis” stamp in a contest conducted by the US Postal Service. More than a million votes were tallied.

Also in 1992, Smokey Robinson‘s half sister, Rose Ella Jones filed a suit against Smokey claiming she had been cheated out of royalty payments from songs written during the 1980’s.

In 1993, Kurt Cobain was arrested after a dispute at his house in Seattle; the disagreement allegedly concerned the Nirvana’s guitarist’s collection of firearms.

In 1994, Derek (Lek) Leckenby, the lead guitarist with Herman’s Hermits, died in Manchester, England of cancer. He was 48. The group had such ’60s hits as “Mrs. Brown You’ve Got a Lovely Daughter” and “I’m Henry the eighth, I Am.”  Leckenby performed with the group until a month before his death.

In 1996, a show by Metallica in the parking lot of Tower Records in San Jose, California as their “Loaf” album was released, drew 10-thousand fans. The resulting traffic jam and overworked police officers left the record store, the promoter and the band’s record company facing charges of disturbing the peace, obstructing traffic and failure to get a permit.

In 1997, Ronnie Lane, bass guitarist and co-founder of the British group Small Faces, died of multiple sclerosis at his Colorado home. He was 51.

Also in 1997, the body of singer Jeff Buckley was pulled from the Mississippi River in Memphis, six days after he jumped into the city’s harbour. Buckley, who was 30, was in Memphis to record an album for Columbia. His father, folk singer Tim Buckley, died at 28 of a drug overdose in 1975.

Again in 1997, the final episode of “Married With Children” aired on FOX.

In 1998, Angel South, lead guitarist for the ’70s jazz-rock band Chase, died in Placerville, California of prostate cancer. He was 55. South played on the band’s debut album in 1971, which featured the hit single “Get It On.”

Also in 1998, Ray Charles celebrated his 50th year in the music industry by performing with an all-star reunion band at the 15th annual Chicago Blues Festival in Grant Park.

Still in 1998, legendary composers George and Ira Gershwin posthumously were awarded a star on the Hollywood Walk of Fame.

Again in 1998, Brooks & Dunn, Reba McEntire and the pop group Hanson teamed up to benefit Children’s Miracle Network hospitals. The entertainers gave a private concert, which was shown via satellite on TV screens in over 1,200 Wal-Mart electronics departments and broadcast in stores over “Wal-Mart Radio.” In 1999, country singer Tim McGraw and more than 400 listeners are forced to evacuate his charity concert at the 7th House in Pontiac, Mich., after a woman uses pepper spray against a man she claims groped her. McGraw fell to his knees, choking, in mid-song, and frightened audience members fled the hall, coughing and holding shirts over their faces.

In 2000, Eminem started a eight-week run at No.1 on the Billboard album chart with his debut release ‘The Marshall Mathers LP’.

In 2001, folksinger/songwriter John Hartford lost his lengthy battle with non-Hodgkin’s lymphoma at age 63. He had been a Grammy winner in three different decades with compositions such as “Gentle On My Mind.”

In 2002, George Michael was jeered and heckled by the audience of a CNN news show as he took part in a phone interview. George was defending the content of the video for his new single ‘Shoot The Dog’ in which US President George Bush was shown in bed with UK Prime Minister Tony Blair.

In 2003, TV hostess and homemaking maven Martha Stewart was indicted on federal charges of illegally using privileged information and obstructing an investigation. After a trial she would later serve 5 months prison time.

In 2004, American Idol winner Fantasia was at No.1 on the US singles chart with ‘I Believe.’ The first time in US chart history a debut single topped the Billboard Hot 100 chart.

Also in 2004, Creed announced their breakup, due to a widening gap between singer Scott Stapp and the rest of the band.

In 2007, sound effects genius Ray Erlenborn, a former child vaudeville singer and silent film actor whose career in the CBS sound department spanned the late 1930s on radio to the late 70’s on television, died at age 92.

In 2008, the United Kingdom and Canada became the first countries where people could buy or rent films at the iTunes Store.

In 2009, Aerosmith were the subject of A&E’s Biography series, featuring conversations with guitarists Brad Whitford and Joe Perry, and the group’s ex-manager Tim Collins. But Steven Tyler declined to participate.

In 2010, Himan Brown, who created immensely popular radio dramas like “Inner Sanctum Mysteries,” “CBS Mystery Theatre,” “The Adventures of the Thin Man” and “Dick Tracy,” employing an arsenal of beguiling sound effects that terrified or tickled the listeners, died at his home in Manhattan at age 99.

Also in 2010, the Canadian band Rush warned Kentucky Republican Senate candidate Rand Paul to stop using “Spirit Of Radio” at rallies and on web ads, since he neglected to ask permission. Said a Rush attorney, “This is not a political issue – this is a copyright issue.” 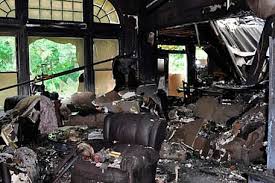 In 2011, the 5000-square foot suburban Nashville home of Trace Adkins was gutted, after a fire started in the garage and spread to the attic. No one was hurt, but little was saved.

In 2012, Herb Reed, bass singer and last surviving original member of doo-wop group The Platters, died of complications from heart disease aged 83. The Platters scored four No.1’s in the late 50’s: The Great Pretender, My Prayer, Twilight Time and Smoke Gets in Your Eyes. Reed is credited with coming up with the group’s name – taken from disc jockeys who referred to their records as “platters”.

In 2013,  Jim Sundquist, half of the Fendermen, the one-hit wonders behind the Mule Skinner Blues (1960), succumbed at home to cancer at age 75.

Singer Gordon Waller of Peter and Gordon is 69.

Bassist Danny Brown of The Fixx is 63.

Actress Julie White (Grace Under Fire, Six Feet Under) is 53.

Actress Lindsay Frost (As the World Turns, Birdland, Bird) is 52.

Bassist Stefan Lessard of The Dave Matthews Band is 40.

Toronto-born actor Shane Kippel (Degrassi: the Next Generation) is 28.

Toronto-born actress Annie Clark (Degrassi: The Next Generation) is 21.