by John Rook
Republished by permission

In applying for an on-air position at WLS in 1968, I wasn’t overly impressed with Jeff Christie’s Top 40 audition and even less so with his stated belief he should replace Larry Lujack, our top rated afternoon drive personality. However, out of all the applicant’s I received each week, I still recall his and my angry response before abruptly hanging up on him. “You are not ready for WLS and I doubt you ever will be”. A few years would pass before I learned my remarks on that day was so hurtful Jeff Christie left radio entirely for a few years until he was given the opportunity to create a new kind of talk show host in a format that up until then thought boring interviews with book author’s and baseball games was “talk radio”.

It was in 1987 I received an invitation to program the nations first talk radio station, KABC. I was excited and envisioned a talk format that featured the top news stories of the day with strong personalties. KABC sounded old and tired to my ear and in need of “modernizing” it’s format, especially since the FCC had just opened the door by ending the Fairness Doctrine.

Though virtually everything I suggested was discounted by my boss from the very first day, encouraging me instead to “learn about talk radio” before rushing in to destroy what had always been a top rated radio station. Adding such a little change of a filter mic to traffic reports sent my boss into the studio, reprimanding me in front of others and immediately pulling my efforts to introduce even the slightest change to what was and had always been at KABC.

I was excited when Ed McLaughlin introduced me via an audition tape to a new talk show host in Sacramento. So much so that with Ed I entered my bosses office to get his blessing for hiring this new talk show host, Rush Limbaugh. In listening, not a full minute had passed before we were advised, “This isn’t KABC material” and we were dismissed while those programming KFI shared my view and hired Rush instead, where he would be the magnet that opened the door for KFI to defeat KABC in the ratings.

Limbaugh was and is the most prepared talk show host in America. At a time when AM radio was in serious decline due to the new found interests in FM radio, Rush would almost single-handedly be credited with saving AM radio. He created his EIB Network with very little if any direction from others. Though I often recognized area’s in his programming I would like to have directed, Rush Limbaugh obviously needed no help from me as he set about creating the most successful talk show in America and creating a path for others to follow.

As a regular listener to talk radio, Rush Limbaugh is simply the best in the business. Some of what he learned from Top 40 radio is obvious, with his knowledge of events in history unparalleled. He needed little direction from anyone, including me as he created the nations top rated talk show.

At a time when radio is chastised by some for being too timid, Clear Channel made a major decision to move Rush Limbaugh to different facilities in New York, Los Angeles and San Francisco. Now with just a few weeks in doing so, the very first ratings are in and as expected those who don’t share Rush’s ideology and views are shouting with glee. After just one rating book, “He’s done” they say.

Some have forgotten how long it takes for rating success in a giant major market. I haven’t and encourage those who think otherwise to consider it’s always been the four book average, a year before judging the success of programing.

Meanwhile I’m satisfied in knowing Rush Limbaugh is far from being “done” these days. 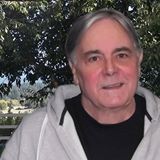