the first telephone service in British Columbia was established as the Victoria and Esquimalt Telephone Company.

In 1895, Archbishop/broadcaster Fulton J. Sheen was born in Fulton Illinois. His Tuesday night TV program attracted (at its peak) an audience of 30 million, rivalling and at times topping the crowd watching “Mr. Television” Milton Berle on NBC at the same hour.  He died Dec 9, 1979 at age 84.

In 1910, the first lady of jazz Mary Lou Williams was born Mary Elfrieda Scruggs in Atlanta, Georgia.  The self-taught pianist/composer/arranger worked with Benny Goodman, Andy Kirk, Duke Ellington & Thelonius Monk before forming her own group. Late in life she moved into teaching at Duke University. She succumbed to cancer May 28 1981 at age 71.

In 1936, radio &TV talk show host Tom Snyder was born in Milwaukee.  He is best remembered for The Tomorrow Show, which followed the Tonight Show on NBC television in the late 1970s and ’80s, and The Late Late Show, following David Letterman on CBS in the 1990s. He died July 29 2007 from complications associated with leukemia at age 71.

In 1940, singer/actor Ricky (Eric Hilliard) Nelson was born in Teaneck New Jersey. He began in show biz as a child actor, playing himself on radio on his family’s long-running sitcom The Adventures of Ozzie and Harriet.  When the show moved to TV he began singing at the end of each show, establishing himself as a record star. Hits include I’m Walkin’, Poor Little Fool, Lonesome Town, Never Be Anyone Else But You, Travelin’ Man, and Garden Party. He, his fiancee & 5 others were killed in a plane crash Dec 31, 1985 enroute to a New Year’s Eve performance in Dallas.  Rick was 45.

In 1941, jazz singer Anita O’Day recorded “Let Me Off Uptown” on Okeh Records with Gene Krupa and his band.

In 1945, this day was celebrated throughout the free world. It was V-E Day, and Radio spread the word. 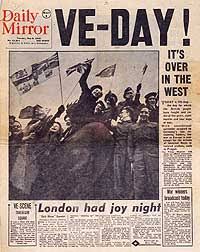 The Allied Forces had achieved victory in Europe with the unconditional surrender of Germany. The surrender had been made official on May 7th at Reims, France.

In 1954, Britain’s BBC banned the song “Such a Night” by Johnnie Ray after listeners complained about its “suggestiveness.”  Nevertheless the track went to #1 in the UK.  A decade later Elvis Presley would have a hit with the same song, and without the controversy. 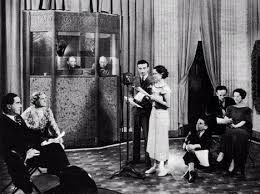 In 1959, the final broadcast of “One Man’s Family” was heard on NBC radio after being on the air 27 years. The Carleton E. Morse creation had completed 3,256 episodes since its beginning back in 1932.

Also in 1959, Frank Sinatra and a children’s chorus recorded “High Hopes,” one of the last big hits from the songwriting team of Jimmy van Heusen & Sammy Cahn.  John F. Kennedy used a version of the song in his successful 1960 presidential campaign.

in 1960, Canada’s Wayne & Schuster made one of their many appearances on CBS-TV’s Ed Sullivan Show. Other “pairs” booked for the show included comedians Ford & Hines, Noonan & Marshall and singers Gordon & Sheila MacRae.

In 1961, “Shore Patrol Revisited” became one of the most memorable episodes of the CBS-TV series, Hennessey. The program marked the first time that actors Jackie Cooper and Mickey Rooney had appeared together professionally since they had been teenagers — some 25 years earlier.

In 1962, Beatles’ manager Brian Epstein, disappointed after the Decca label rejected his clients, ran into engineer Ted Huntly at a London record store. Huntly suggested sending a tape of the Beatles to producer George Martin at EMI .. and the rest is history.

In 1965, Bob Dylan made one of the earliest videos when he filmed a promotional clip for his current single, “Subterranean Homesick Blues.” It shows him flipping through cue cards containing the lyrics while standing in an alley in London.

In 1967, the oldest of the three singing Andrews Sisters, Laverne Andrews (pictured, right) died at age 55, after a year-long battle with cancer.  Their many hits include Beer Barrel Polka & Boogie Woogie Bugle Boy.

Also in 1967, the pioneering UK rock grop Gerry & The Pacemakers announced they were splitting up.

In 1968, George D. Hay died at age 72. He was the originator of the Grand Ole Opry broadcasts over station W-S-M in Nashville. The program, originally called the “Barn Dance,” was first broadcast on November 28th, 1925.

Also in 1969, John Lennon, George Harrison, and Ringo Starr of The Beatles signed a business management contract with Allen Klein and his company ABKCO. However Paul McCartney did not go along with them, choosing to continue to have his father-in-law, John Eastman represent him.

In 1970, The Beatles released the LP “Let It Be.” It was their twelfth and final album of original studio material.

In 1972, radio station CKGO AM 1490 Hope BC went on the air with 250 watts.  It broadcast two hours a day of local programming, while the rest of the programming came from CHWK Chilliwack.

In 1976, the song “Welcome Back” by John Sebastian, the theme from TV’s “Welcome Back Kotter”, topped the charts and stayed there for just a week.

Also in 1976, Willie Nelson joined Bob Dylan on stage in Houston, for a duet version of the gospel classic “Will the Circle Be Unbroken.”

Also in 1977, Olivia Newton-John ended an SRO tour of the US with her New York debut at the Metropolitan Opera House.

In 1978, the list of guest stars was impressive as ABC TV aired “The Stars Salute Israel at 30.”

In 1979, Supertramp‘s sixth and best-selling album “Breakfast in America” was certified Platinum. It would eventually sell 6 million copies in the US alone.

In 1981, the debut album by Calgary-based Loverboy was certified gold in the U-S.

In 1982, the title tune from “Chariots of Fire” by Vangelis topped the charts and stayed there for just a week.

In 1984, Joanie (Erin Moran) and Chachi (Scott Baio) got married on Happy Days! The comedy series, starring Henry Winkler, Tom Bosley and Marion Ross (Ron Howard and Anson Williams had already left the show), was winding down in its final season on ABC-TV. In the same episode, Fonzie (brilliantly portrayed by Winkler), filed papers to adopt a son.

In 1985, actor Dolph Sweet, best remembered for his roles on TV’s Gimme a Break and Another World, lost his battle with cancer at age 64.

In 1987, Victoria Principal‘s character, Pam Ewing was killed off on the CBS-TV primetime soap Dallas. 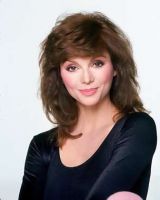 In 1988, the No. 1 Billboard Pop Hit was “Anything for You,” by Gloria Estefan & the Miami Sound Machine. The song was the group’s first No. 1 hit.

In 1990, a Los Angeles judge ordered Frito-Lay and an advertising agency to pay singer Tom Waits almost two-and-a-half million dollars. Without his permission the agency had hired a Waits imitator to sing a jingle praising Frito-Lay’s corn chips.

In 1991, Epic Records released Pearl Jam‘s first promo single, with the songs “Alive” and “Wash” and a cover of The Beatles’ “I’ve Got A Feeling.”

In 1993, Aerosmith‘s “Get a Grip” entered The Billboard 200 top pop album chart at No. 1, becoming the group’s highest-debuting album and highest-charting album ever. The group’s previous highpoint was “Rocks,” which peaked at No. 3 in 1976. 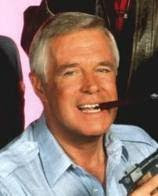 In 1994, actor George Peppard, who had headed up TV’s “A-Team” a decade after he starred in “Banacek,” died of pneumonia while battling lung cancer at age 65.

Also in 1994, Andy Rooney‘s 500th curmudgeonly commentary was heard at the end of CBS-TV’s 60 Minutes.

In 1996, in Los Angeles Tommy Lee and wife Pamela Anderson lost their court battle to prevent Penthouse magazine from publishing photos from their X-rated home movie that had been stolen from their home.

In 1997, broadcaster Larry King was on hand to help unveil his new star on the Hollywood Walk of Fame.

In 1998, the Smashing Pumpkins filed suit against Westwood One, claiming the radio syndicator breached an oral and implied contract by licensing a 1991 interview with the band. According to the suit, the virgin band was never consulted about a licensing deal with Sound & Media; the U.K. company in 1996 released a “book with CD” product that contained the interview.

In 1999, innovative jazz vocalist Leon Thomas, 61, died of heart failure in the Bronx, N.Y. He had been suffering from leukemia. Also in 1999, actress Dana Plato of “Diff’rent Strokes” fame committed suicide via an overdose of prescription drugs in Moore, Oklahoma. She was 34.

Still in 1999, the song “Livin’ La Vida Loca” by Ricky Martin topped the charts and stayed there for 5 weeks.

In 2005, Bruce Springsteen was at No.1 on the Billboard album chart with ‘Devils and Dust’ his 13th No.1 studio album.

In 2006, The Rolling Stones called off their forthcoming European tour after guitarist Keith Richards underwent emergency brain surgery. The 62 year-old guitarist suffered a “mild concussion” when he fell out of a coconut tree while vacationing in Fiji.

In 2007, a collection of Grateful Dead memorabilia earned more than $1.1 million during an auction in San Francisco. Guitars owned by the late Jerry Garcia drew the most action, including a cream-colored ’75 Travis Bean electric that netted $312,000. 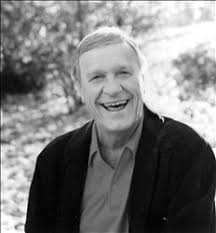 In 2008, veteran country/pop singer Eddy Arnold died of natural causes, one week short of his 90th birthday. He sold more than 85 million records and had 147 songs on the US charts.

Also in 2008, Edmonton radio station CHQT was heard in its last live day as Cool 8-80, before switching twelve days later to All News as iNews880.com. The days in between were used to update the studio for the new format.

In 2009, Red Hot Chili Peppers frontman Anthony Kiedis received the Stevie Ray Vaughan Award at the fifth annual MusiCares MAP Fund benefit concert in Los Angeles. He was recognized for his contributions to the charity, which provides support to musicians with substance-abuse problems.

In 2011, guitarist Cornell Dupree, whose distinctive riffs are heard at the beginning of Brook Benton’s “Rainy Night In Georgia” and Aretha Franklin’s “Respect,” died at age 78 due to complications from emphysema.

In 2013, actress Jeanne Cooper, who for almost 40 years played matriarch Katherine Chancellor on CBS’ hit soap ‘The Young and the Restless,’ died at age 84.

R & B singer Philip Bailey (solo and with Earth, Wind and Fire) is 63.

Actress Melissa Gilbert (Little House on the Prairie) is 50.

Drummer Dave Rowntree of Blur is 50.

Actress Julia Whelan (Once and Again) is 30.

1981
Morning Train (Nine to Five) – Sheena Easton
Just the Two of Us – Grover Washington, Jr./Bill Withers
Being with You – Smokey Robinson
Rest Your Love on Me – Conway Twitty