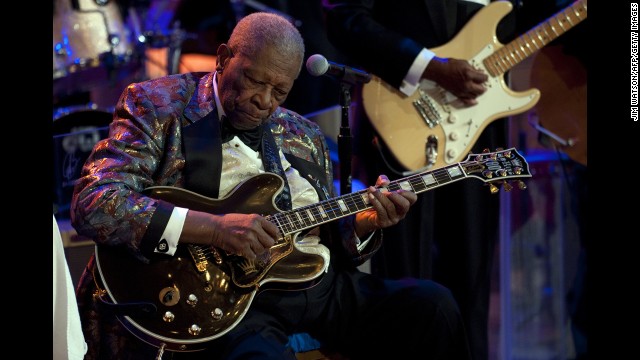 (CNN)Two of B.B. King’s daughters are alleging that the blues legend was poisoned to death by his closest associates. But the coroner says preliminary autopsy results don’t support that contention.

King’s daughters, Patty King and Karen Williams, made the accusations in separate, but identically worded,affidavits filed over the weekend.

King died May 14 in home hospice care in Las Vegas at age 89.

No investigation was conducted at the time of his death. And King’s attending physician listed the cause as multi-infarct dementia, which is caused by a series of small strokes.

But the daughter’s say that two of King’s associates gave him medication to induce diabetic shock.

READ THE REST OF THE STORY  HERE  AT THE CNN WEBSITE