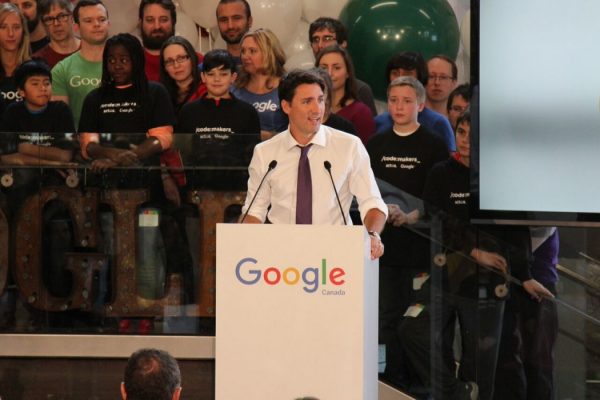 When addressing the Trudeau government’s pending internet censorship legislation, social media behemoth Google stated the amendment of the Liberal’s Bill C 10 to extend regulation to internet applications has taken the company by surprise.

“We were surprised to see the Heritage Committee extend Bill C-10 to include social media and user-upload services and apps. This potentially extends CRTC regulation to all audio and audio-visual content on the internet,which has profound implications for not just social media, but virtually all websites, podcasting, online hosting and much more,” Google emailed in a statement.

“We remain concerned about the unintended consequences, particularly with regards to the potential effects on Canadians’ expressive rights.”

Unintended consequences? Let’s not be daft– nothing our ruling government does is unintended. So the biggest player in the internet world is shocked at Justin Trudeau’s plan to restrict freedom of expression on the internet.

Rather ironic. The “little people” of Canada may not be surprised at all. Cultural Action Party certainly are not. We venture to guess that millions of politically aware Canadians feel the same.

Since the advent of Justin Trudeau and his quasi-dictatorial government, a steady, incremental agenda for an erasure of freedom and democracy has ruled the day.

The fact that a giant portion of our citizenship has not picked up on this is due to a key factor: the omission of political and social reality as perpetrated by legacy media in Canada.

Moving to other factions, NDP Party leader Jagmeet Singh— back-up quarterback of political seduction– has made a typical play:

“Singh said Tuesday he was open to supporting the bill with the new amendment, which critics have said amounts to an attack on free expression rights.”

Astute political observers would do well to come-to-terms with Jagmeet Singh’s role as NDP leader. His job description is singular: to ensure the pseudo-dictatorship of Justin Trudeau remains in place for as long as possible.

To illustrate, not one–but three recent votes of non-confidence have been propped up by Jagmeet Singh for the benefit of Team Trudeau:

According to Global News Canada, “a pair of proposed changes to the federal budget put forward by opposition parties will determine whether the minority Liberal government will fall.”

“A third opportunity to pass judgment on the massive budget comes next Monday, when the House votes on the main motion to approve the government’s budget policy.”

“Canadians have said as well that having an election right now would be unfair and unsafe to them, and I agree,” Singh told reporters Wednesday. “I will not be voting for an election.” stated stated Mr. Singh in Parliament.

Are you waking up yet “industry professionals”?

Google:
“We remain concerned about the unintended consequences, particularly with regards to the potential effects on Canadians’ expressive rights.”

Google is only concerned with “expressive rights” of those who agree with them.

How many of you MSM people will be covering this event – Saturday, May 1st:

People should be very concerned about this biill because this is like a door being jammed open that can allow for worse things to come in. It is not surprising given Canada has a Prime Minister who has stated quite clearly and has said the he respects the dictatorship of China for being able to get things done. He literally stated that at one time before his first election. This speaks volumes about what he is. You be the judge. All freedom loving citizens should be concerned about this highly questionable and dubious F… Up. Also the self serving Federal NDP leader for not speaking out against this should be highly suspect. Could one use the term Treachery or worse in our leadership.