Kid Carson gets the Morning Show at Vancouver’s Z 95.3

The morning show became available when the trio of Leslie, Scooter and Producer Jaclyn were shown the door after their Tuesday morning show last week.

Both Kid Carson and the station have tweeted the news that Kid will be back on the CKZZ air beginning March 30th.   Z 95.3 is where Carson began his Vancouver career 17 years ago. 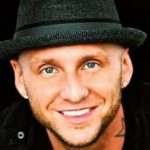 His radio itinerary is displayed below courtesy of Vancouver Broadcasters:

This is interesting. As recently as last summer, Kid was launching a new podcast venture with manager and former radio man, Jesse Dylan. Here is a portion of the press release sent out on August 21, inviting people to the launch event in Vancouver the following afternoon:

“ … Kid Carson and friends are back.

After several years of building in stealth mode, the greatest on air personality in Vancouver History takes the throne again – this time it’s all digital.

I didn’t make the event, and I never heard anymore about the podcast. It’s been almost five years since Kid was last on Vancouver radio. Five more years of stories and life experiences to bring to the table, and to the show. This could be a great move for Stingray.

Hey Jesse…go easy on the hype ‘the greatest on air personality in Vancouver history’. You mean, even greater then you 😂. Where did you graduate from…Tom Vu University.

Welcome back Kid Carson. I am ecstatic to hear that you are going to be back on the radio again.
I was devastated when you have disappeared from the air few years ago . You are the best radio personality in Vancouver in last 20 years. Can’t wait till March 30 . So so happy!!!!!!!!

I am so excited he is back and can’t wait to listen everyday on way to work !!! WELCOME BACK KID CARSON

listened Tuesday morning – not worth the hype. Kid and Jordan have chemistry but Kid was struggling for topics and for laughs. Hearing his stepdaughter was interesting but honestly, Z95.3 would have been better off keeping the male/female combination of the old morning show. In fairness, with everything being about Covid-19 right now, it’s tough for anyone to sound great.

Wow, so disappointed. I loved Leslie and Scooter on the Z953 morning show. Tried listening to Kid Carson but couldn’t handle the boredom. I had to switch stations so I guess I have to find a new morning show now.

This new 95.3 is a snoozefest, it’s what you listen to when you just can’t sleep. Bring back Leslie and scooter!